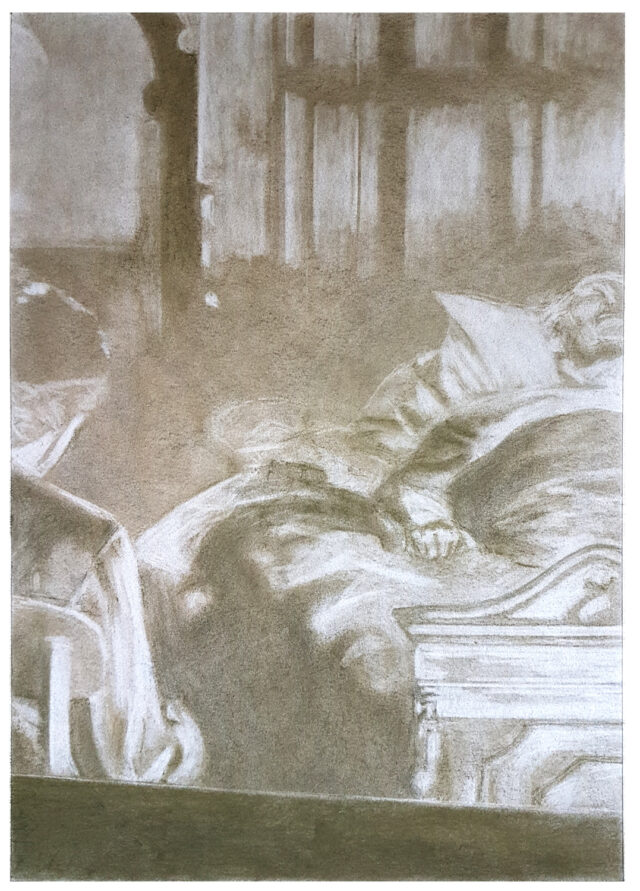 A few years ago, sometime in 2019, I took a screenshot of the final scene of the East of Eden film adaptation, the first movie with James Dean. Although I knew he was a movie icon, I had never actually seen a movie with him until this one. I also had no idea that he had only worked on three films before he died at the age of 24 from a car accident. Some time before I had seen the film “Life” by Anton Corbijn, which tells about the friendship between James Dean and photographer Dennis Stock in the period shortly before Dean became well known and I became interested. East of Eden turned out to be James Dean’s first movie and the only one he himself has seen premiere before he died of a car accident that same year, 1955. It is a strange realization to watch a film of which you know that the protagonist died a short time later and at a still very young age – 24 years old.
The film is based on John Steinbeck’s book of the same name, which in turn is based on the biblical story Cain and Abel, in which James Dean in the role of Cal Trask (Cain) longs for love and appreciation from his father, Adam.

A few months ago I came across the screenshot again and the need arose to translate it. The image had taken hold of me before and did so again. In this scene, Cal is at his father’s deathbed and, without much fuss, finally acceptance and resignation between the two takes place where it was previously an uncomfortable and reproachful relationship.

A moment where past, present and future, choice and possibilities, are wide open, and at the same time a moment of complete standstill, inevitable finiteness and definitiveness. A moment in which an eternity lies.